Facebook is facing tremendous public outcry over the Cambridge Analytica incident. Private Facebook data of 87 million users were allegedly harvested without their consent by the political consulting firm to manipulate US and British voters. As soon as the news spread, Facebook’s share value and users’ trust in the social media platform slid drastically overnight.

This data breach incident is feared to have some serious repercussions.

Will it Lead to #DeleteEcommerce?

Millions of user data are collected every day by the e-commerce industry. Customers freshly hit by this Facebook scandal would find themselves hesitating to shop online. Too many people have already been concerned about data privacy when they share personal data or transact online while interacting with an e-commerce store. The Cambridge Analytica scandal could be the last straw.

In fact, retailers are fearing a #DeleteEcommerce campaign in line with the #DeleteFacebook movement that has taken off in multiple social media platforms. This makes things even more difficult for the various retailers who have taken advantage of Facebook’s magnanimous reach to market their products. 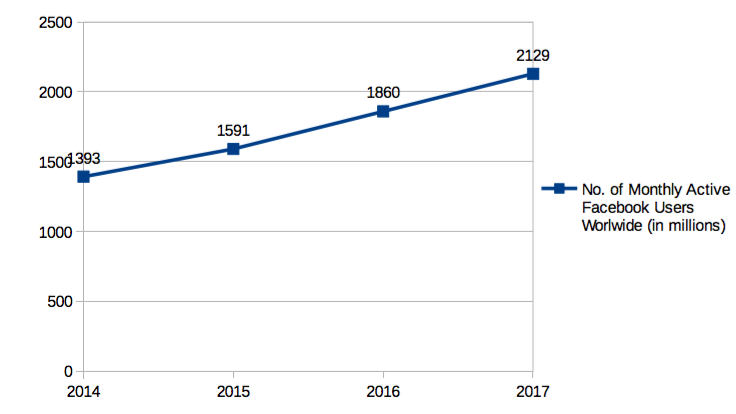 This wouldn’t look too good if reversed due to the Cambridge Analytica scandal.

What Needs to be Done

No doubt, opening a store on Facebook has its perks. But this incident makes e-commerce business owners rethink their strategies and pay more attention to data privacy.

More stringent policies should be implemented to protect access to and usage of customers’ data. Brands should ensure that their partners are trustworthy and so are the platforms that they are sharing customer data with.

Consumers’ voice is a critical instrument for a business’s growth. Hence, it is important to take time out to listen to their concerns and take appropriate measures to remove the factors of worry. If your customers trust you, your business is going to go a long way.

Are We Missing the Point?

Some commentators are claiming that Cambridge Analytica has been conducting psychological profiling of the Facebook users to hyper-target ads of the elections. Come to think of it, retail brands have been doing this for quite some time to market their products. Only two factors made the first incident a scandal: purpose and lack of consent. While the first reason is out of the common users’ hands, the latter isn’t.

Almost all apps today ask for users’ personal data to make their functionalities accessible to them. For example, when you download an app, you are usually provided with information about the data that this app will use. It sometimes asks for access to information in other apps in the device. It is up to you to provide permission for this.

Consider this, what puts the ‘smart’ in your smartphone is the information that these apps collect. It is quite similar to the workings of cookies on a website. This means it is up to us to restrict access of the apps to certain information. All it takes is to be a little more careful about what we provide permission for to prevent becoming a victim of such a scandal.

“If You’re Not Paying For It, You Become The Product”

What many fail to realize is that Facebook doesn’t charge you for using its services. And as the 2012 Forbes article about Google’s privacy policy update pointed out – “If You’re Not Paying For It, You Become The Product”.

Facebook draws it ROI from advertisements. As per an article published on Investopedia, “Advertisers can use the wealth of personal data about users from Facebook’s product ecosystem for ads. For its part, the Menlo Park, Calif.-based company claims that it makes the data anonymous and serves the information to advertisers in custom demographic buckets. Advertisers can further slice and dice the buckets based on their branding goals.”

Check out the revenue generated from advertisements on leading social media platforms. 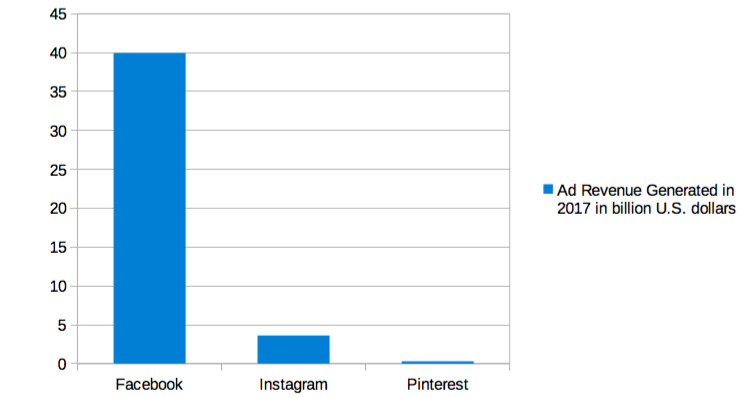 In spite of that, we have provided permission to the app to access our data. This has made our data vulnerable to breaches like the CA scandal. And with this incident, the privacy policies have suddenly been thrust into the spotlight. Facebook users are re-considering the app’s usage now. While we couldn’t have predicted this data stealing incident, we surely could have prevented it had we been more careful about granting data access permission and had given a good amount of thought to its consequences.

Data privacy has always been a topic of concern since the Internet came into existence. It grew even more with online transaction. The CA scandal only goes to prove that these concerns weren’t trivial. It acts as a large blot on the efforts that retailers have been taking to ensure safe online transactions. As a result, customers may end up pulling out from not just online transaction but also as many critical online data transfer routes as possible. Without data, e-commerce business owners would be flying in blind and missing the mark in generating leads or retaining customers.

Given the amount of data that is collected from e-commerce users coupled with the shock of the CA incident, customers could consider resorting to brick-and-mortar stores instead of online shops. Such collateral damage can cripple the e-commerce industry. To reverse this, online retailers might need to think up and implement effective comeback strategies to regain customers’ trust.

Whatever be the outcome of this incident, it sets an example for retailers and e-commerce business owners to pay more attention to how they approach data privacy. That said, data privacy isn’t a one-way road. Awareness is important for customers. They should have a clear idea of what they are signing up for. They need to be a little more skeptical and thorough about which platform or e-commerce retailer to choose. Informed decision-making can go a long way in creating a good customer-retailer relationship and enabling the e-commerce industry to thrive in circumstances like this.